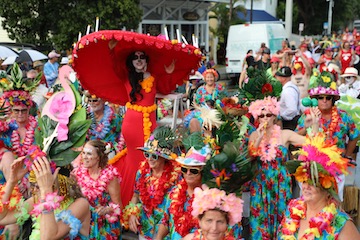 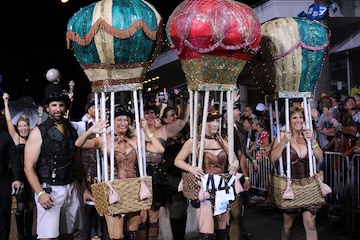 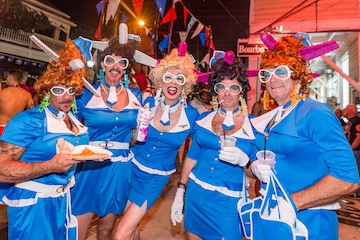 Come to Key West for the 41st annual Fantasy Fest. Bring your creativity and imaginations for the 10-day party in paradise filled with dozens of themed events, costumes, and excitement!

Go all out in Key West, and then let it all go in Marathon, just an hour from Key West. Pair your partying with a side of paradise. Come see what it’s all about!

In the island city of Key West, Duval Street is the hub for sightseeing, attractions, cuisine infused with local flavor, cold libations, and shopping! Teeming with activity, live music, bicyclists, pedicabs, and locals with birds on shoulder, this 1.25-mile stretch is also home to epic people-watching.

Not your average street, Duval Street is one of the few places in the world that touches two bodies of water. At its northern end, which is frequented by tourists and cruise ship passengers, Duval Street meets the warm Gulf of Mexico. At the south end, near the Southernmost Point in the Continental U.S., marked by an oversized buoy that attracts photos around the clock, Duval Street spills into the bright blue waters of the Atlantic Ocean.

This famed street is a beautiful confluence of art and culture, history and heritage, exuberant celebrations, and a dash of debauchery. Hey, these bars jam until 4 a.m. And there are more than 100 bars in 15 blocks, so it’s no wonder the Duval Crawl is nearly as recognizable as the destination.

But by day, the charm of Victorian ‘Conch’ homes and buildings shines. Duval Street proudly shows its cultural ties to the Bahamas and Cuba, both of which influenced its architecture. Vibrant red flowers of native Poinciana trees dust Spanish-style architecture and provide shade to those dining and sipping sidewalk-side likely to the tune of live music.

If Webcams were around nearly a century ago, this one would stream from the same bar it does today. Perched under the Sloppy Joe’s awning, it’d show early American cars rumbling by and post-Prohibition revelers enjoying 15-cent whiskey. Today, revelers spend a bit more on drinks but willfully so since Duval Street is on the bucket lists of many.